Click the picture of the desired pigeon to reveal the pedigree 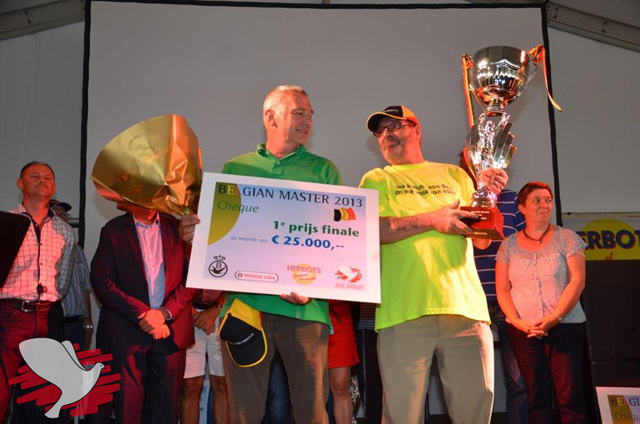 As team Schoordijk-Schults victory came at the 2013 Belgium Masters

The big succes of 2012 was this pigeons with the 1e National on Barcelona which became the crown on Toon's Work.

The mother of the 1st national. She is used for breeeding in the loft.

This is the sister of the mother of  the 1st national Barcelona 2012.

This is the half brother of the 1st national Barcelona 2012.

The Sensation of the year 2011 for the loft. On a fast Barcelona this bird got hold of the 12th national and International.

One of the best pigeons in the loft Over the first 5 years of his life he was awarded the 11th ace pigeon  in 2006  with 4 prices on Barcelona.

One of the absolute battle ships of the loft. Due to his size he received  the name "De Beul".

This pigeon already got a 70th National and entered the race of Barcelona in 2012 like all years before. If our calculation are correct he hit another price.

This old boss won 5 prices on Barcelona and also this year he performed as we hoped.

This is one of the breeders of the Schults loft. She has proven her capabilities on Barcelona with the 28th National.